Hatched in Battambang
In Battambang, Cambodia, I was raving about its street food to my Vietnamese traveling buddy, Tuyen, whom I met at a Vipassana meditation course. She advised that if I have a penchant for cheap good eats, then I should visit Vietnam. She even offered a vacant room in her house in Saigon. How cool is that? With my visa expiring in Cambodia, the next destination was set for Saigon, Vietnam!

Vietnam
Coming to Vietnam for the first time, I had mixed feelings and expectations. The lingering impression I have of Vietnam is still that of the Vietnam War which was 40 years ago. The media fed us (people in the Philippines) vivid images of the Mai Lai Massacre, General Loan shooting a Vietcong in the head, Kent State fatal shooting of 4 anti-war protesters, napalm bombing of a village with a naked little girl fleeing for safety, etc. On the other hand, I hear from travelers about the beauty of Vietnam, from economists about Vietnam poised to being an econonic dragon of Asia, from Tuyen about the gastronomic offerings of Vietnam, about Vietnam as the motorbike mecca of the world, etc. It was all very intriguing.

Saigon (Ho Chi Minh City)
Saigon is the biggest city in Vietnam with a registered population of 8,190,775. It used to be part of Cambodia until the 17th century when Vietnam annexed it. The French took over in 1859 until South Vietnam became independent in 1954 when the country was divided into North and South Vietnam. The communist north in a war of attrition that lasted 20 years (1955-1975), eventually won over South Vietnam in 1975. Saigon was renamed Ho Chi Minh City after the revolutionary Ho Chi Minh.

For the tourists, attractions include Cu Chi tunnels on the northwest, Saigon Zoo and Botanical Gardens and an unforgetable experience crossing a busy street with the swarm of motorbikes coming in from all directions.

District 1
The tourist hub in Saigon is District 1, particularly the Pham Ngu Lao Street. If I were not staying at Tuyen's place, I would probably end up in District 1. It has a number of historical spots - Saigon Notre-Dame Basilica, Saigon Opera House, Central Post Office, City Hall, Pham Ngu Lao Street and the Reunification Palace. The boulevards are wide and lined up with historial French colonial buildings. Some streets are lined up on both sides with mature trees whose canopy offer shaded riding below. It also has a good concentration of English-speaking tourists - essential for social interaction since most Vietnamese speak little English. Saigon though didn't seem like a popular destination for budget backpackers (like me), unlike Sihanoukville or Koh Rong, Bangkok - even though prices are quite reasonable.

Ho Chi Minh
Ho Chi Minh is the father of Vietnam's communist revolution. When he passed on, I saw a moving picture of his funeral - rough hewn, battle-hardened soldiers openly weeping in his wake.Today, his picture is omnipresent in Vietnam - in the paper money, the billboards, public statues, portraits, etc. He is venerated as a demi-God almost.

The Passenger on a Motorbike
After a 6-hour ride from Phnom Penh (9:12am to 3:22pm), I finally arrived Saigon. Upon stepping foot in Saigon, Tuyen was there to pick me up on the back of her motorbike. We would be practically inseparable for the entire duration of my stay. I would hop on her bike as she took me around Saigon...and later to the rest of Vietnam.

Street Food
Tuyen knew my budget constraints (a nomadic cyber monk who has this pathological aversion to money, hovering slightly above the poverty line) and my penchant for good cheap eats - and she knew exactly where to take me. We would stop by obscure non-descript eating holes, sometimes unmarked, but the food was always good. And then she would tell me that the place was actually famous among the locals - good stuff you can't find in Lonely Planet. It would always be that way - only the popular, the famous or the place with a specialty, without breaking the bank. The meal cost would usually hover around 1 to 2 US$!

Food Culture
Vietnamese people, like Thai people, love to go out and eat. It's customary that when two friends meet, they have to exchange notes on where the good eating places are - so word of mouth spreads fast. In Saigon (not necessarily in other places in Vietnam), it is not unusual to find a rich person eat at a pedestrian place or hang-out in a public park where you might expect only the economically-challenged to frequent. They have this laid-back unpretentious character.

Here is one of those pleasant but unexpected things that happen spontaneously. Tuyen and I went to a nice chic cafe for coffee - Cafetram. It was a cool chillout place that I decided to talk to the owner if he wants to make a web deal with me - in exchange for caffeine cups. Tuyen translated for me. The owner was Vien, who happened to be a young interesting dude - accomplished film director, seeker, perfectionist and successful enterpreneur. Rapport built-up with Tuyen doing much of the talking. The conversation ended up with him inviting both of us to breakfast the following day to an untitled hole-in-the-wall eating place that is known for its good eats. How cool is that? So we showed up the following day and had this kick-ass meal. Of course the highlight was the conversation again with Tuyen doing much of the talking. It would be safe to say that we all became friends. He further invited us to dinner at his home where his wife would cook us specialty Saigon dishes. Whoa! I've always maintained that the litmus test for a budding friendship or emergent trust is when the other guy invites you into his very space - where he breaks bread with his family in the privacy of his own home. I found that quite flattering. The dinner didn't happen but it was the volition that counts. At another point, we got invited to feast with him and his extended family in his hometown for his grandfather's death anniversay.


Cafe V
Tuyen brought me to her friends' cafe where genuine good quality coffee is served - Café V. They are a couple, both Vipassana meditators - so we were all on the same page. Despite my language barrier, we all managed to develop rapport and warmth. They invited us for lunch and somehow the talk went into doing a 3-day trip to the highlands of the north for some R&R and also meeting this old wise man who is highly evolved in his pursuit of truth. This paved the way for my next destination - Bao Loc. 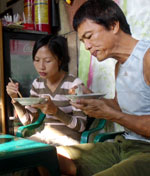 How Long was the Vietnam War?

(Nov 10, 2014) It was my first time in Vietnam and I was traveling with a Vietnamese friend. Casually, I asked how long the war was. Her answer blew me away.....more »»

Sakura Hostel Cholon - 9.0 Stars (out of 10) from 24 reviews on Booking.com based on cleanliness, comfort, facilities, staff, value for money, free wifi and location! 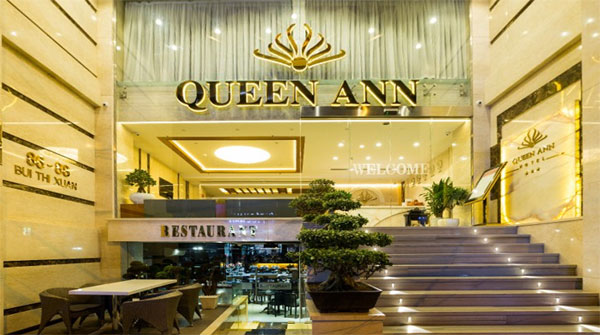 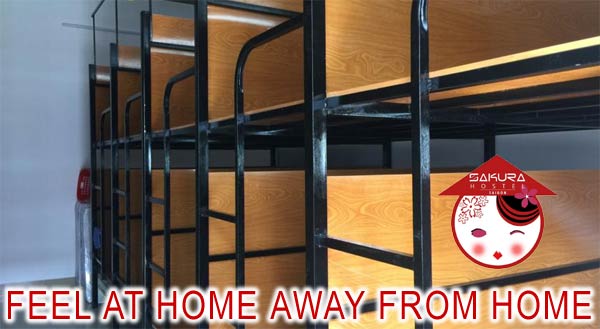