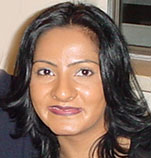 Wasted
I was in a house-warming party with a few friends about 2 months back. I didn't know most of the people although they were all totally cool. Spiked stuff was being passed around. I was into it that evening and went with the flow. Before I knew it, my head was spinning and I had to lie down on a bed to sleep. After a while, Orlana, a quasi acquaintance/friend from my Chapters days, woke me up and offered to give me a lift since she was heading out and everyone at the party already left. My head was still spinning. I said yes. And she took me home and she was gone. Had she not offered me that ride, I would have puked on every train stop until I reached home. 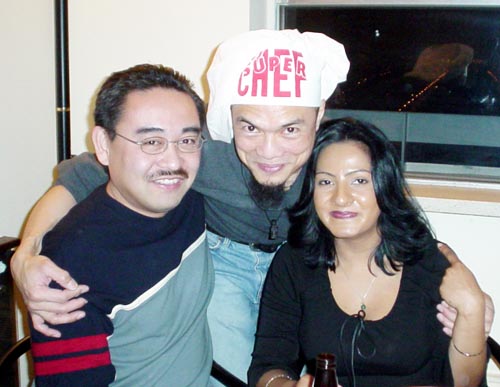 Going the Whole 9 Yards
When my mind cleared up the following day, I realized that she had to triple the distance she had to drive by extending me that kindness. It wasn't like I was along the way. I was out of the way - way out. And although we hung out a few times with the Dos Amigos crew, we weren't really close. So that act of kindness was a pleasant surprise. In the last 13 years, I can only remember 2 acts of kindness by people who didn't have to, but did. Both of them have become lifetime friends.

Ending Thoughts
From quasi acquaintance/friend, Orlana was suddenly a dear friend. What surprised me though was the number of layers I had to shed to put my guard down to regard her that way. I was totally unaware that I had built up that much protective carapace around me that calcified through the years...which kinda explains why there aren't too many people I can call friends...or people who can call me their's. I used to say,"How can you go through life and not come out a cynic?". I've come to realize just how jaded I've become...how much cynicism I've developed. Like Pandora's box, that act of kindness was HOPE...hope that if you take a little effort to extend yourself to others, new worlds might actually unfold. Pay it forward.

(Nov 22, 2002) As I was surfing the web, I did a search on my name "Orlana". At around page 4 of 10 searches, I saw your website....with my name in it. My curiousity got the best of me, and I had to read what it was all about!! I read it and I was soooooooo very touched!! No one has ever put in words, and written anything like what you wrote, that is soooooo genuine!! I want to say "Thank You". I am very happy that you consider me a dear friend. I too have very few dear and genuine friends, and those that are dear and genuine remain with me for life. Thank You!

My Love Affair With The Lamborghini

(Apr 12, 2002) The first time I laid eyes on a Countach on a magazine cover back in high school, I knew it was love at first sight. I knew it was wishful thinking at best but not entirely an impossibility. Life went on but the obsession lingered.....more »»