Day 1 English Class
Finally, after 11 days at Thai Plum Village, I got to teach my first English class. It was for 8 monks who would soon be going to Germany and needed a crash course in English. 3 monks had to work on their visa and couldn't make it to class but we were joined by a nun who also wanted to sharpen her English skills. 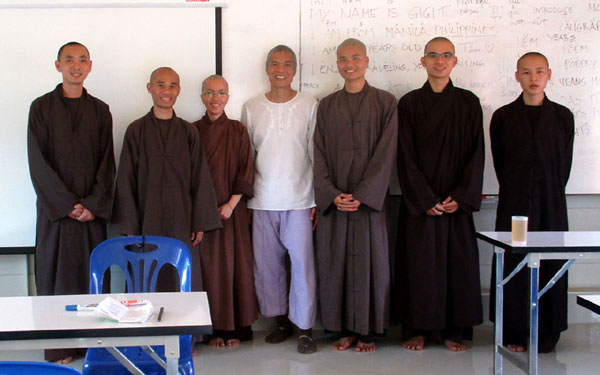 Measured Introduction
I first introduced myself, talking about where I come from, how old I am, my hobbies and my reason for coming over to Thailand. It was a measured introduction. After, I asked them to raise their hand if they understood what I said. It was my way of determining their English comprehension.

Pronunciation
I had to make them introduce themselves the same way I did in front of the class - just to build that confidence in them that it's ok to talk English in front of people. While listening to them talk, the glaring need was for them to pronounce the words right and connect those words properly using the right articles, prepositions and conjunctions. I would stop them at every sentence to show them how the sentence could be made better and how the words should be pronounced. That was the scope of the first class.

2000 Mistakes
A French chef who once was the pastry chef to the Sultan of Brunei once told me that he got to be a good chef after making 2000 mistakes. That gave me an idea. If Vietnamese people don't speak up English for fear of making a face-losing mistake, why not re-orient them that making mistakes is actually the coolest thing to learning? That they cannot be good English speakers until they make 2000 mistakes! The benchmark for learning then would be the number of mistakes. The more mistakes, the more they would have learned. They have to keep talking English in order to rack up 2000 mistakes. Being shy was not an option.

Phonemic vs Long/Short Vowels
I was urged to teach them pronunciation using phonemics. After scrutinizing its methods, I concluded that using phonemics to teach English is adding a needless layer of difficulty. For instance, "car", "ball" and "about" all have 'short A' but they are represented by 3 different phonemic symbols. Why not just use 'short A'? English is not a phonetic language like Vietnamese. I taught them the long and short vowels - and this significantly simplified the process for them.

Teaching Objectives
I told them that my 2 primary objectives in teaching the class was to dispel the fear of mistakes and to get them to talk. Of course I would teach them grammar and spelling, but my focus was in getting them to talk. Vietnamese people learn English in school - they already have English inside their heads but they can't express it verbally. The Vietnamese teachers themselves don't have a good command of English, and that inefficiency is inherited down the line. The students are afraid to speak up because they don't know how to put the words together to convey their thoughts. First, I had to assure them that it's ok to make mistakes and second, I had to get them to speak up.

The Students
What I noticed was that my students were all smart, assertive and highly educated - at least the few I had a chance to interact with. I teach them something new and they easily pick it up. When I ask them to write something on the board, the penmanship is university grade. Even on their notebooks, the handwriting is impeccable. Unlike students from the Philippines who are essentially docile (tough-talking activists who turn into sheep in the presence of a teacher), these Vietnamese are respectful but speak their minds, even suggesting to me how things can be run better. I value their input and implement the sound ones accordingly.

Expanding Horizon
I had an afternoon class as well, attended to by the nuns. The following day, my morning class ballooned to 11 monastics and my afternoon class grew to 5 nuns. It was overwhelming and exhausting talking for 2 straight hours during my morning class, but at the same time, fulfilling. I will teach four days a week. The rest of the days together with my free time will be devoted to teaching yoga at 4pm daily and monastic practices - morning meditation, walking meditation, evening meditation and chanting. As good fortune would have it, I'm also learning Tai Chi from one of the monks who is attending my English class. Life doesn't get any better than this.

Thai Plum Village
(Mar 11, 2016) 'Our' (Plum Village Sanghas/Philippines) first volunteer teacher GIGIT...gets started in Pak Chong, Thailand. Metta Gigit!
(Apr 1, 2017) There is an e-mail concerning Plum Village, Thailand I'd like to share with you. The first 'test' year of the teaching program ended this month...total of 4 teachers were sent from Philippines. Before sharing the e-mail though...a question. Would you have interest in a return teaching stint under the same conditions within this year? I don't need an absolute YES at this point. Consensus was...they loved you there.
(Sept 9, 2017) I am nothing if not persistent. Any way...you might consider two month stay for July & August teaching at Plum Village, Thailand? (They)...still RAVE about you. I guess it was your no pressure yet calm and balanced approach with your students...from what I gathered. You made quite an impact. You are still 'the legend' in Plum Village, Pak Chong


Next stop: Alms Round of the Thai Plum Village Monastics

with direction coming from Bangkok

How to Get to Plum Village from Bangkok's Suvarnabhumi Airport

How to Get to Pak Chong (Proper) from Bangkok by train

ignore this if you plan to go to Plum Village. Take the direction above instead

Things to bring if staying overnight

»» next story: Alms Round of the Thai Plum Village Monastics
»» next Teaching story: Sentence Expansion
»» back to Meditation
»» back to Homepage 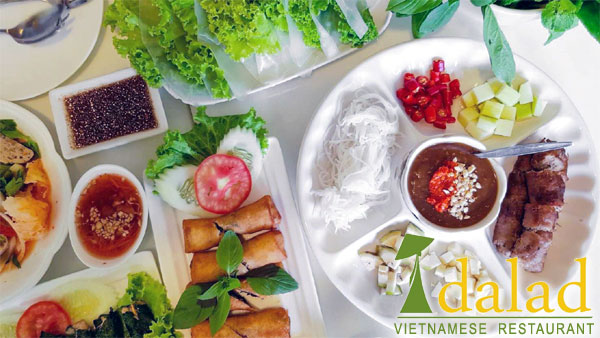 Bangkok Float Center
experience a surreal sensory stillness as the water complies to your entire body weight, shape and size